This unique property sits directly on the waters edge and has breath-taking views from every window. The house is fully equipped with everything to make your stay a magical experience.

A new Garden for this Unique Holiday Home

A new garden for this fantastic waterside holiday home in Cornwall will further enhance this truly unique holiday let which sits directly on the water's edge.  A magnificent collection of grasses, shrubs and perennials have been selected to plant along the foreshore to provide all-round interest at this unique Cornish holiday cottage.

‍Burncose Nursery Planned and planted the first phase at Ancarva

When we first constructed Ancarva back in 2016 we worked with Phil Knuckey from the award winning Burncoose nursery near Truro to design and plant the upper garden around the house. Three years later it is maturing nicely and looks fantastic through the seasons and for that we thank Phil for his knowledge and foresight.

The gardens at Ancarva have been maintained and cared for by Roger Toulouse and his team at South Coast Landscaping since they were planted by Phil.  Roger has done a brilliant job and his attention to detail and enthusiasm has been invaluable.  It would not be possible to maintain the high standards that are expected of a 5 star luxury holiday home in Cornwall with out the services of a company like Rogers.

Following the initial planting Roger introduced me to Dawn at the Tarten Down Nurseries and we have since purchased a selection of maturetrees and shrubs to further enhance the waterside setting in the this truly unique setting.  Dawn has a wonderful nursey and plant centre tucked away in the Cornish lanes not far from Landrake.   Dawns knowledge of plants is amazing and she knows just what will work in the coastal conditions we have to contend with at Ancarva.  So when we decided to plant the lower garden at Ancarva we asked Dawn if she would come up with a scheme and assist with the laying out of the new borders that would run along the edge of the foreshore.  I am pleased to say that she was happy to help.

We decided to blank a week off in the calendar to carry out the planting in mid-July where the weather would be favourable for preparation and planting.  Roger worked tirelessly for two days preparing the beds in the heatwave we have been experiencing.  He removed the turf, rotavated and added trailer loads of compost to the new borders in preparation for the plants to arrive on Wednesday morning.

So as the morning sun started to rise and the temperature crept towards 20 degrees Dawn arrived with the first load of plants.  Her large van was bulging with a massive selection of grasses, shrubs and perennial’s and she set about placing theplants along the new borders ready for planting.  After plenty of team discussions Dawn and Roger were happy with the positions and planting began in ernest.  The task was far bigger than I had imagined and the sheer number of plants to be planted was quite amazing.  Again Roger and his team worked hard to tackle the job at hand, 50 meters of new border is quite a task in the searing heat of summer.

The end result looks truly amazing even at this early stage of development, given time to establish and mature the result will further embellish this unique location and will be admired by guests of this beautiful holiday retreat for many years to come.

That just leaves me to thank Dawn, Roger and his team for all their hard work. 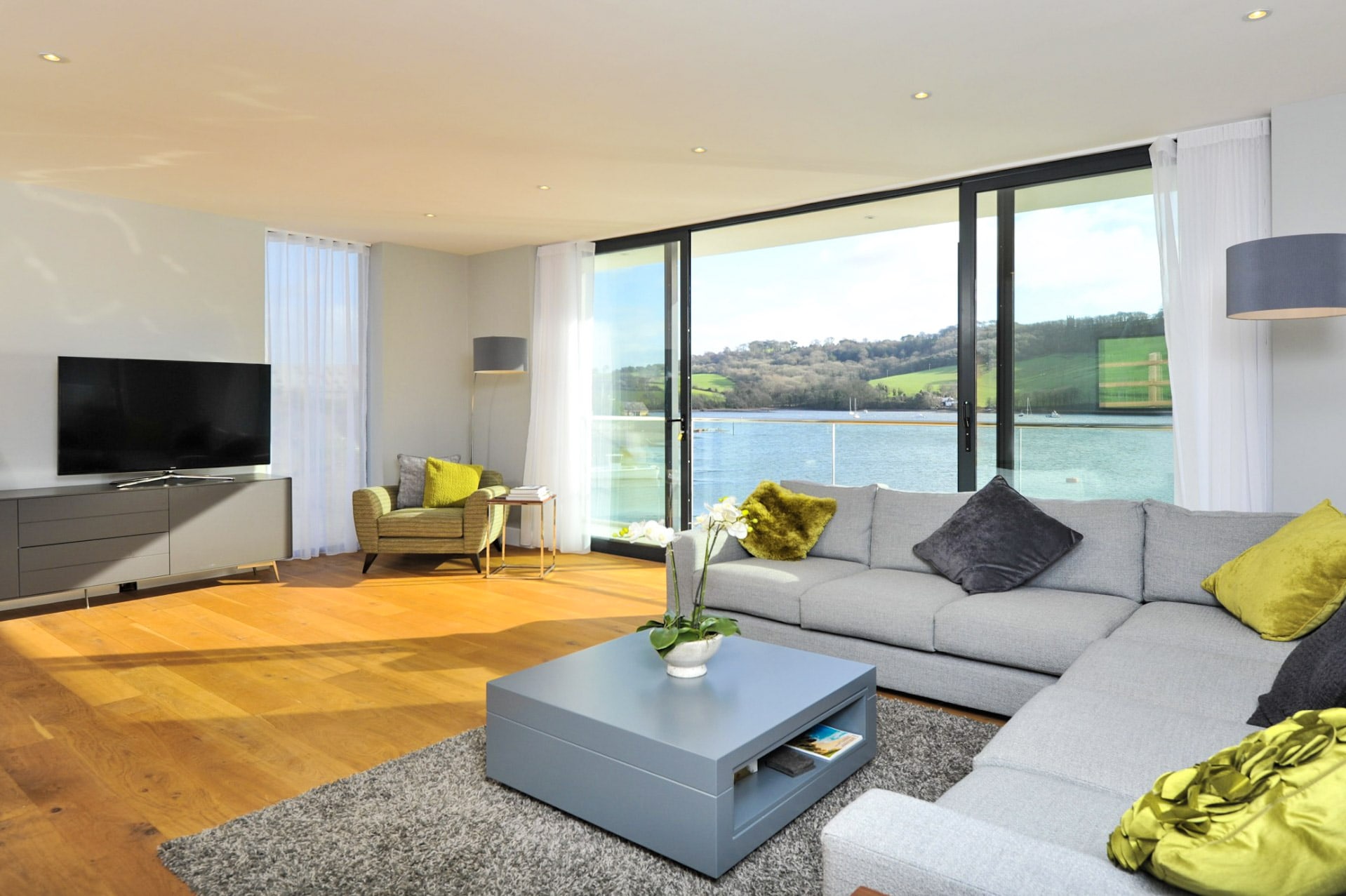 Ancarava is a unique 5* holiday home located on the Rame Peninsular in Cornwall very close to Millbrook, Kingsand and Cawsand. A fabulous holiday home offering a front-line waterfront experience in a sheltered, south-east facing position with both a private slipway and pontoon giving direct access onto the Tamar Estuary for three hours either side of high tide.  Ancarva is a great alternative to a traditional Cornish cottage with the benefits of contemporary modern living.

Book your summer holiday for 2019 now